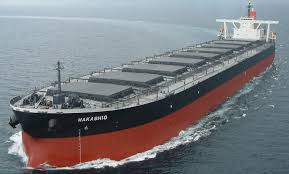 Mauritian leadership in the wake of challenges

In the last few articles, I have voiced the confidence I have in Mauritius, its government and people. As a nation, they have this uncanny ability and commitment to their country as evidenced by their patriotic unity and determination to resolve major challenges and disasters they face.

Just as the country was managing to keep the Covid-19 pandemic on lockdown, another crisis hit the island. A minor oil slick over two days turned into a significant oil spill when a Japanese tanker MV Wakashio vessel began to sink, leaking oil into the Indian Ocean. This, after the ship hit a coral reef in a pristine area which includes a sanctuary, UNESCO protected site and arguably the most natural and beautiful part of Mauritius.

Prime minister Pravind Jugnauth immediately declared a state of environmental emergency and called for international help once his government assessed the scale of the disaster was not one the country’s resources and national contingency could tackle singlehandedly. The reaction from governments across the globe rallying to assist has been phenomenal indicative of the popularity of this small island nation.

The government has not been without criticism as part of the populace felt the reaction speed was slow and that the accident could have been averted. The damage has been done with reports of up to 1,000 tonnes of oil having already polluted nearby coral reefs, beaches, and lagoons. It is predicted that thousands of species around the pristine lagoons of Blue Bay, Pointe d’Esny and Mahebourg are at risk of drowning in a sea of pollution, with dire consequences for Mauritius’ economy, food security and health. 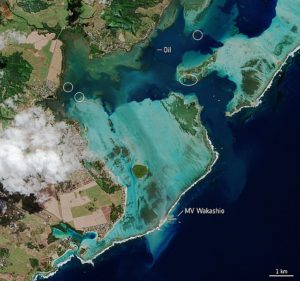 In this image, captured on 11 August by the Copernicus Sentinel-2 mission, the MV Wakashio, visible in the bottom of the image, is stranded close to Pointe d’Esny, an important wetland area. – Source: Wikipedia

Although, a resident of Blue Bay beach who I spoke to recently said his area had not yet been impacted, the MV Wakashio vessel has now broken in two, worsening what is already an ecological and economic disaster. Indigenous species are at risk of becoming extinct while the livelihoods for many locals in the tourism sector (which already is reeling from the effects of COVID-19) are under threat.

It is difficult to estimate the long-term effects and impact. As a group focussed on investment into Mauritius, we will do our part and rally behind the leadership in government and business in Mauritius as they work towards reigniting the economy and creating jobs.

Our thoughts and prayers are with the Mauritian people during this tough time and we remain confident that this too shall pass, and we will all come out stronger.