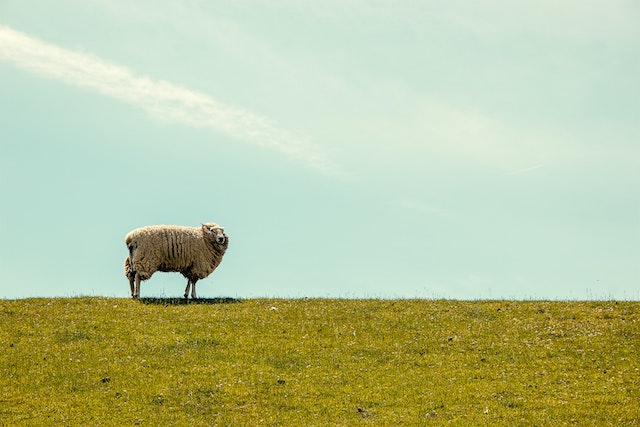 The future of food security

Dale Capital Group Limited is a diversified private equity investment holding company listed on the Stock Exchange of Mauritius and ZAR X in South Africa.  This year we celebrate our 20th anniversary with a proven track record of successful investments.

In this article, the first of a series over the next few months, I will focus on food security and zero in on the impact of the Corona virus on that sector in Mauritius.

The food industry has one of the best growth prospects in Mauritius. In 2016/2017, we commenced a new cycle of investment, targeting food security on the island. This new seasonal deviation was a temporary digression into the Venture Capital arena (VC ).

As defined by the Oxford dictionary, food security is the state of having reliable access to a sufficient quantity of affordable and nutritious food. Echoed by the Committee on World Food Security 2009; “Food security exists when all people, at all times, have physical, social and economic access to sufficient, safe and nutritious food that meets their dietary needs and food preferences for an active and healthy life.”

We have in recent years invested over $10m dollars in our Food Security Strategy and we are excited about future prospects.

During 2020/2021, Dale Capital plans to raise $5m for growth capital. The Stock Exchange in Mauritius has already approved the issue of new shares as part of the capital raise.

Since the launch of the strategy over the last three years, we have become the largest breeder of goats and sheep in Mauritius.

Underpinning our strategy is access to land for expansion in the south of the island.

Over the next few years, Dale Capital will realise benefits from these VC investments as we strengthen our position as a niche market leader in the food and beverage sector. It is our intention to expand beyond Mauritius to other Indian Ocean Islands and in due course into sub-Saharan Africa.

Mauritius and the business case for food security

Mauritius is a net food importer, with an overall self-sufficiency ratio of less than 30 per cent.  Due to its limited size, the absence of economies of scale, and the comparative advantage of sugarcane in economic terms, Mauritius imports many of its essential food requirements.

In 2018, the population of Mauritius was estimated at 1,3 million with the number of tourist arrivals at 1,4 million. In the same year, food imports amounted to $1.1 billion, representing 20 per cent of total Mauritian imports. France was the leading source  with a market share of 15 per cent, followed by South Africa at 9 per cent, India (7 per cent), Australia (8 per cent) and New Zealand (6 per cent).

Mauritius also imports some items for the production of animal feed, such as corn and oil cake and solid residues from soybean oil extraction, mostly from Argentina.

In the 2019-2020 budget speech, the government announced measures to boost the non-sugar agricultural sector.

Like elsewhere in the world, Mauritius has not been spared the effects of Covid-19 on the economy. I think the Mauritian government has handled the Corona virus pandemic well within  its constraints.

Mauritius is a famed tourist destination and a haven for investors. Having established a relationship with the country over 25 years ago I think Mauritius is the safest place in the world.

Being a very small island reliant on tourism – constituting 25% of GDP –  it is extremely difficult to forecast a possible recovery in this sector over the next two years.

Whilst the world of business will never be the same again, I am optimistic government together with the business sector will overcome the challenges and resultant demands imposed by Covid-19.

Obviously, other economic implications of the coronavirus are detrimental not only to public health systems but to trade and travel industry.

In Mauritius, the small-scale agriculture sector including fishing, has been largely affected by the pandemic. Local industries as well as retail markets have also been hit. In the rural areas, where a large number of people  depend on subsistence farming, restrictions on market activities have impacted the access to markets.

Thus, Covid -19 has accentuated challenges which have always been there in  Mauritius’ subsistence level agriculture and fishing industries.

Specifically, it is estimated that the shutdown implemented to control the pandemic cost the Mauritian economy about 5% of GDP in the first 15-day lockdown announced by government on 20 March.

The Government has done well in managing the situation from a health perspective and in recent weeks it was announced that Mauritius is Covid-19 free. But the Prime Minister, recognising the economic challenges that remain, recently warned that the war is far from over.

Travel restrictions are still in place and this is unlikely to change from a tourist perspective in the short term.

What we need to do for now, is to mobilise resources to re-visit the government strategy in terms of the Sustainable Development Goals (SDGs). I also think it is time for Mauritius to introduce a performance based incentivised approach to encourage the growth of the food sector to reduce the costs of importing foods.

The Government must do more to fulfil its mandate to ‘further development of agriculture and the promotion of agro industry focusing on safety, supply, quality, innovation and new technology’.

Whilst the food sector has tremendous potential from an investment perspective, the situation relative to food security and sustainability is a serious concern.

We however remain optimistic and excited about future prospects of the food industry as food security is of paramount importance to the sustenance of the population.

In our next article we explore the Karoo lamb in Mauritius.